We live in an era where we have tons of items that we use daily and don’t even think about them. Take Yeti cups, for example, a simple item that we use to keep our beverages at a constant temperature for longer periods of time.

They are an excellent addition to your backpack on longer journeys, which is why I have a couple of them and use them regularly, sometimes even when I’m at home. Since we’re talking about traveling, what about flying – can you bring a Yeti on a plane?

Considering that Yetis are basically thermoses, TSA says it’s perfectly fine to carry them with you, as long as they are empty. The idea behind this is to avoid having any liquids in the Yeti before boarding, so if you have a beverage, either drink it before the checkpoint or you will be asked to dispose of it. Here is a direct response from @AskTSA on the matter:

With that out of the way, here are a few tips on traveling with a Yeti and how to pack it.

Can you Fill Up a Yeti After the Checkpoint?

Technically yes. The idea is that you’d need to pass the checkpoint with an empty Yeti, and after that, you can fill it up with water or coffee. Also, you shouldn’t have any issues filling it up with a drink once you’re on board the plane, as it will maintain the temperature for a longer time. With that said, some airlines may have stricter rules about this, so I’d recommend double-checking this before you pack your luggage.

How to Pack a Yeti Cup for a Flight

Unlike canned food or wine, packing a Yeti cup for a flight is pretty flexible. You have two options.

The first one is where you don’t plan to use the Yeti during the flight, at which point you can pack it anywhere, regardless of if it’s the checked baggage or a carry-on backpack.

On the other hand, if you plan to use it, I’d go for the carry-on backpack and put it somewhere near the top. That way, it will be easy to reach and use it whenever you need to.

Can I Bring a Yeti Through Airport Security?

Yetis are fine to go through security, but as I mentioned previously, you need to make sure that they are empty. To ensure this, the officer may need to open it and verify that.

If you have some liquids in it, you will be asked to dispose of it, and you’ll be allowed to pass once it’s empty.

Can a Yeti Cup go Through Customs?

Yes, a Yeti can go through customs, and you won’t have any issues with that. With that said, there are some things that you should keep in mind. If you carry one or two Yetis with you, then you have nothing to worry about, as no officer will even ask you about them.

On the other hand, carrying 20 or 30 of those may raise some concerns, at which point you will need to at least explain why you carry so much. In some cases, you may be asked to pay import taxes.

With the rules out of the way, here are two of my favorite Yeti cups, both of which I have and use constantly. 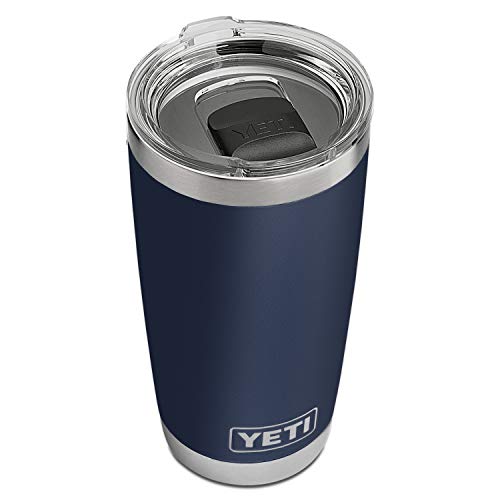 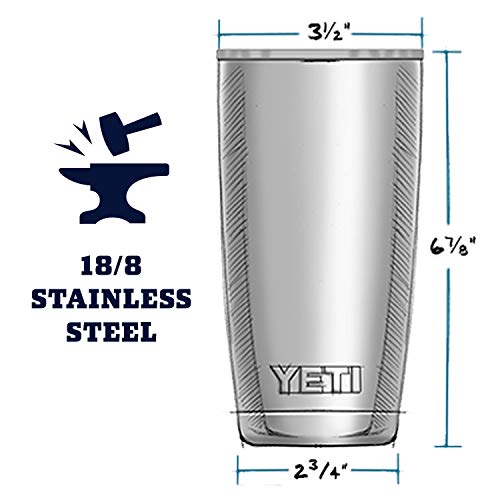 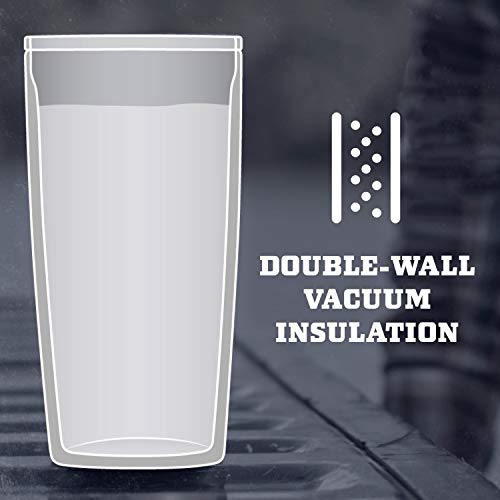 The 20 oz Yeti is one of the best there is, featuring a double wall vacuum insulation for keeping the drinks at a constant temperature for as long as possible. It sits almost 7 inches high, and like most Yeti cups, its width is designed so that it would fit most cup holders.

The lip diameter is 3 ½ inches and is covered with a MagSlider lid, utilizing the power of magnets to keep the lid closed until you need to use it. You have around 30 color options to choose from, and while it isn’t the lightest option on the market, I’d rank it as one of the best. 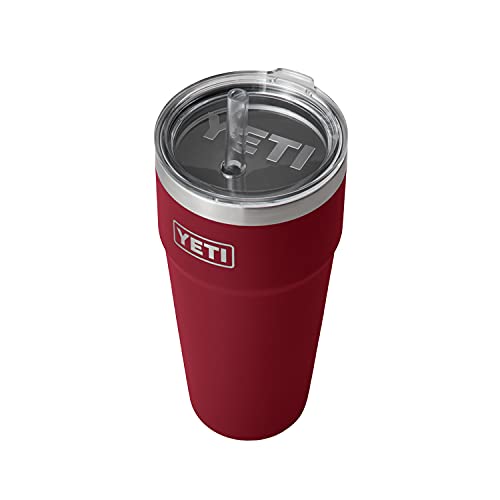 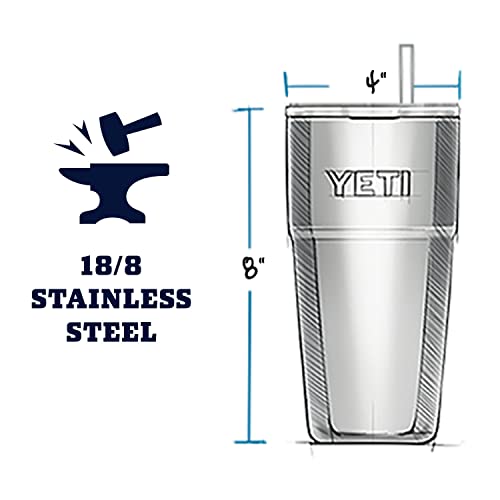 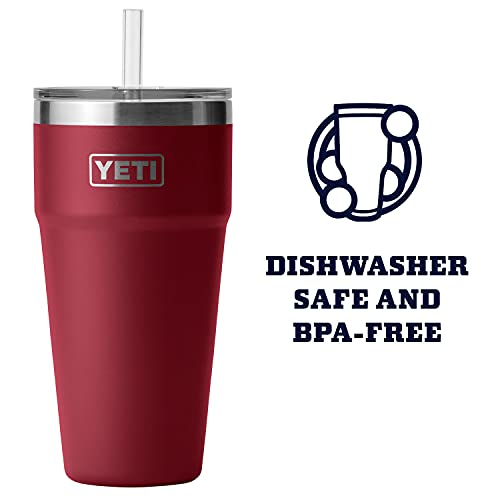 As tough as it was for me to choose, I gave the larger Yeti the runner-up position. This is a slightly larger cup capable of carrying 26 oz, and the main reason I didn’t give it “first place” is that it’s not the most convenient for traveling.

Unlike the previous one, this Yeti relies on a straw design, meaning that you may get some spillage in some big movements. Despite that, the larger capacity makes it an excellent option for longer periods and is made with double wall insulation, ensuring that your drink’s temperature remains constant for a longer time.

You have 15 colors to choose from, while the Duracoat will ensure that the colors remain as vibrant as the first day and don’t peel off after a while.

Why Are Airplane Windows Round?
Why Do Planes Not Have a Row 33?
Can I Bring an Electric Heating Pad on a Plane?